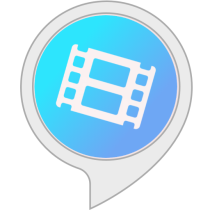 Friends Alexiens film buffs and amateurs of series this skill is made for you! With the Film and Series skill, you will be able to immerse yourself in your cinematographic or television memories and perhaps even find the name of a character who would escape you ...

To start the skill, just say: « Alexa, opens film and series ”. Alexa asks you to choose between film or series (logical eh…) and subsequently to give it the title either of a film or of a series. You then get a summary of the requested film or series with the name of the main characters, then you are offered to know more. If you answer yes to the proposal, Alexa then indicates the year of release and the popularity points corresponding to your choice.

This skill is very nice and tested on series but also on old films. They have been found in the database.

Small note, however, when you want to quit the skill. Traditionally, I say " Alexa stop… and it stops. Bah, not there! After 25 " Alexa stop ", Alexa put the radio on, nothing helped… After several tests, I nevertheless found 2 solutions for you, Alexians friends, in order to "get out". Say: " Alexa stopped ! »Or ... shut up ... Alexa will remain silent!

Activate the skill on Amazon. Fr

Tags Alexa Amazon Alexa Amazon Echo Cinema and series skill
Vava Tc February 3 2019
Vava Tc
See more
Simple user and novice fallen into the pot Alexa, this one fascinates me and thanks to the boys, Jean-Christophe and Alexien Modo, I learn a little more every day. Loving the different aspects ofAlexa, I turned to skills to share my discoveries with you.