Two years after the launch of theAmazon Echo 2, and one year after the renewal of the major part of the range, the announcement by Amazon of its "device event" the 25 next September gives free rein to all kinds of speculation about the announcement of new products incorporating Alexa.

Si last year's event had been rich in novelty, the announcement during the IFA of the marketing outside the United States of the Fire TV Cube and the arrival of Fire TV Stick 4K et Fire TV Stick with remote control Alexa left us a bit unsatisfied. And now the Anglo-Saxon press seizes a rumor, apparently persistent and all in all quite logical, about the renewal of the device Alexa lighthouse: theAmazon Echo 2.

Indeed, the past year saw the arrival of a new generation of devices (EchoDot 3, Echo Show 2, Echo Plus 2nd generation, Echo Input, etc.), but the “main” device of the range, Echo, had not seen a new version. And that doesn't seem to have escaped the scoop specialist as much as the guesswork: Tech advisor.

Ainsi, le British site announced yesterday to be almost certain of the upcoming announcement, on September 25, therefore, of a replacement for Echo 2. But are their arguments credible?

Yes, let's be clear, there is nothing fancy about them and it wouldn't be surprising ifAmazon announce a 3rd generation echo.

First argument: the announcement by Amazon of its "device event". Obviously, it will bring its share of novelties, otherwise it would be useless.

Second argument: Echo 2 is now the oldest device in the range Amazon Echo and all the others have been renewed, assuming that the recent Echo Show 5 unveiled only a few months ago would be a replacement for the yet very different Echo Spot.

Third argument: Echo 2 would have suddenly disappeared from the site Amazon.co.uk with the mention "Currently unavailable", which would generally be reserved for devices withdrawn from the market and not for products that are simply out of stock ... 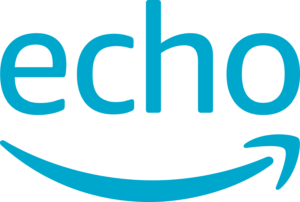 It must also be recognized that the poor Echo 2 has aged badly. Completely overtaken by the third generation of devices, it now seems almost "down to earth". Difficulties of streaming and incessant cuts in sound, problems in multiroom, tend to be a little deaf: the grievances are not lacking, lately, against this speaker which was however at one time the best quality / price ratio of the range.

Amazon would he have abandoned his device somewhat? A priori no, planned obsolescence is not the style of the house, especially as its engine, Alexa, is constantly evolving in the cloud. Would it be too old to support the many evolutions of the voice assistant over the past year? It is possible, but it is more likely a natural renewal of the range. So it would be logical that the parent company ofAlexa has chosen to replace it and announce a third generation of Echo from September 25. Yes, the High-Tech sector is made like this, it is not new!

The all-new Echo 3 would therefore offer a sound on a par with the other members of the family, more powerful and richer, but no ZigBee bridge like Echo Plus. In addition, its sensitivity to voice commands Alexa would be improved.

Tech Advisor even imagines a battery integrated within it, allowing it to become mobile. This last point seems really hypothetical to us and would rather be the subject, in our opinion, of a new device in its own right. Nevertheless, this is clearly an expectation on the part of users ofAlexa. A request that often comes back to our community of fansAlexa.

If we have no guarantees, the arguments formulated by Tech Advisor seem relevant to us and we would frankly not be surprised, but rather reassured, to see the arrival of a new version of the flagship device of the Echo range. The Alexiens will obviously not fail to follow this rumor closely and to confirm or deny it.
Tags Alexa Alexa Echo Amazon Alexa Amazon Echo 3 echo 3 Connected speakers Echo 3 output
Alexien Modo September 18, 2019
Alexien Modo
More
Fascinated by Alexa since the day I received it in beta test, I gradually became passionate about the subject, before deciding to go further by creating a site with Jean-Christophe. An activity that allows me to quench my thirst for new technologies and share my discoveries about the nicest of communities: Les Alexiens.