Thing promised, thing due: here is a first test Xiaomi Mijia. Yes, that's how we are at Les Alexiens. After a quick brand presentation Mijia et Aqara, let's take a closer look at the range of sensors offered by the Chinese company, and in particular their ZigBee Mi Motion Sensor. Intelligent, the latter is, it seems, capable of distinguishing between movements of the environment and movements of humans or animals ... Without further ado, let's put it to the test in a little test. 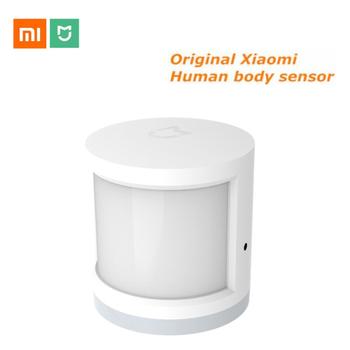 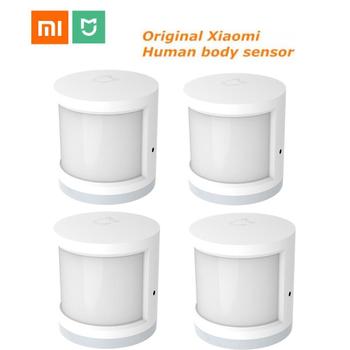 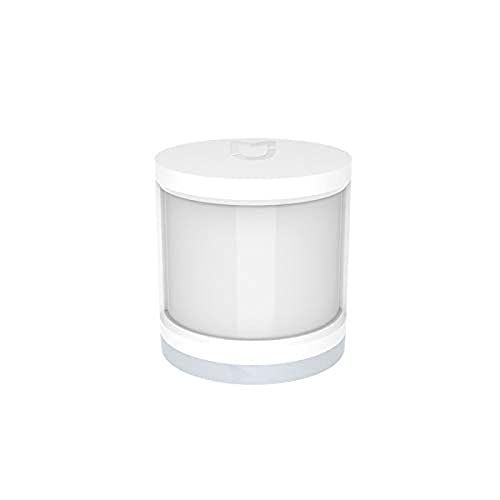 As we said previously, if there is something that struck us upon receipt of the products Xiaomi Mijia that we found on Aliexpressis their compactness. Here, one could almost believe that they are only an accessory, especially if we compare to the much more massive PIR Sensor for Tuya Smart. The packaging only measures 6.7 cm x 6.7 cm x 3.2 cm and the sensor displays a very small 30 grams on the scale. Surprising! 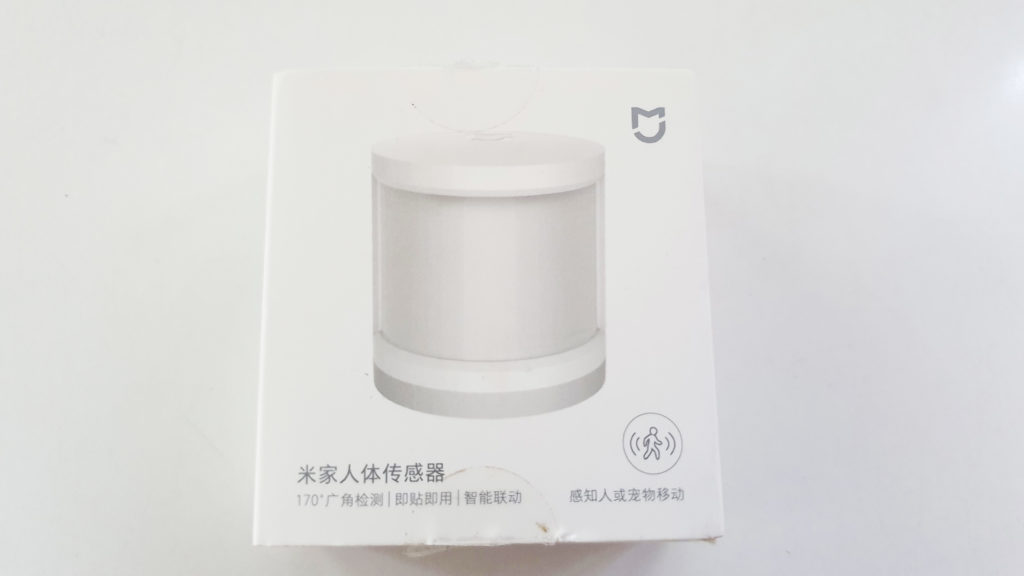 At the opening, we are immediately reassured by the very effective presence of the motion sensor. It is indeed a PIR-Sensor, but miniaturized to the extreme. Suffice to say that it will blend easily into your interior and should not attract attention. A good point, especially since it is rather aesthetic in the genre.

White in color, it has the discreet logo of the brand at its top. Xiaomi Mijia. It's clean and modern, Les Alexiens love it! On the lower part is a small rubber ring with the model reference and a second which immediately makes us think of the battery that powers it: CR2450. It is indeed a well-known button cell battery model, an intuition confirmed by impelling a slight rotation of the cover allowing access to the latter.

Our tiny sensor is also delivered with a double-sided sticker allowing you to stick it wherever you want. You will see it later, this isa habit at Xiaomi.

That said, let's take a look at the technical sheet as usual.

This is our very first test of a device Xiaomi, we must first download the application Xiaomi Home (formerly MiHome) on Google Play since we will use a smartAndroid phone, but you will of course also find it on the AppStore if you prefer iPhones.

First "Wow" effect: the app is really neat. Like the devices, its design is more than pleasant, which can only give us confidence. We are also eager to go further and associate the Xiaomi Mijia motion detector to our gateway.

Indeed, first of all, we must first install a gateway. Having not yet received our Xiaomi Mijia gateway, we carried out this operation with the gateway Aqara already in our possession. Note that a number of devices - but not all - are compatible with both. Practice.

We will pass on the characteristics of this element on which we will come back in more detail very soon. Just note that if this bridge is essential, that he's works in ZigBee, a protocol highly appreciated in home automation for the quality of its transmissions in mesh or mesh network, and his energy sobriety compared to Wi-Fi. In addition, we will be free to add others if it suits us, since this bridge allows us to associate up to 31 devices, what the Wi-Fi of your box would probably have a hard time supporting, such as we mentioned it a few months ago.

But back to our motion sensor and attack the procedure of association with our gateway Aqara. To do this, just launch the Xiaomi Home application, to press the small "+" at the top right, and select the type of device, in this case the Mi Motion Sensor.

The application then invites us to promote a press for 3 seconds on the lower case reset button using a paperclip, or better still, a tool to extract memory or SIM cards from smartphones (not supplied).

A few seconds later, without even having to enter our Wi-Fi credentials, our sensor is associated as we learn from a rather pleasant female voice coming from the connection bridge. We were particularly impressed with ease and speed of the procedure. The application Xiaomi Home has obviously not finished surprising us ...

Let's go to the Mi Motion Sensor and see what we can do with it. Obviously, it will take all its interest with other devices, but know that you can already create a certain number of scenarios with your only bridge which can, in particular, act as an alarm.

In the "Auto" menu, you will find your scenes which you can create by pressing the button "+" located at the bottom center of the screen.

Le "Journal" menu consists of a log of the events detected by your xiaomi motion detector.

To go more, you can also access a number of settings by pressing the three small dots next to the device name. You can replace the icon, create automations, or even access general settings (change the name of the device, set its time zone, access legal information, add a shortcut directly to your home screen) or to the help section. Everything is there and easily falls under our fingers.

But the most interesting is obviously create automations or scenes using the Xiaomi Mi Motion Sensor.

To do this, we must classically choose a trigger, namely an event which, as its name suggests, will trigger the action of our Aqara hub. As you can see, even though we only associated this one motion sensor, the possibilities are already numerous.

So you can light bulbs compatible or the night light on your hub, trigger an alarm siren, And much more… There are many possibilities, proof that the home automation solution offered by Xiaomi is really full of resources.

The only thing we regret is obviously the lack of compatibility Alexa native, but fear not, it will not be long. Xiaomi like Aqara are actively working on the issue and should quickly update the Xiaomi Home skill. Nevertheless, you can already use Xiaomi's solution if you have a Jeedom home automation box or, even better, with a Home Assistant installation.

Now that you have mastered theHome Assistant interface, you will easily find your Mi Motion Sensor, and you will then have the pleasure of finding it on your dashboard as well as being able to use it with Alexa.

In the absence of feedback via the Xiaomi Home skill, it is particularly appreciable to be able to do routines in the app, even if Hass.io enthusiasts will probably prefer to go through the scenes and automations very powerful that offers Home Assistant.

But if you prefer Alexa because you have already created a number of routines there, you will have the pleasure of finding exactly the same possibilities as with natively compatible motion detectors. In our example, we have chosen to trigger an alert on Echo Show 2 in case of detection of a movement. Alexa then pronounce the phrase "Movement detected in the entry", as it is possible to do with the motion detector Aqara Motion Sensor.

What more can we say if it is only this Xiaomi Mi Motion Sensor is a surprising device because of its extreme miniaturization first of all, but also of its efficiency and reliability. In more than a year of use, few hiccups, autonomy always at the rendezvous and barely noticeable latencies. Just one movement detected, the ZigBee hub is triggered, whether your Internet connection is operational or not. This is the great strength of the Zigbee.

Amazon. Fr
Xiaomi Mi Motion Sensor
€27,47
Buy
In summary, Xiaomi hits hard with its Mi Motion Sensor that you will probably have the idea to buy in several copies as it offers automation possibilities for your connected home. Marketed around € 15 on Aliexpress where we acquired it, this sensor is compatible with Xiaomi Mijia or Aqara bridges on the brand's European servers, which we strongly advise you to adopt because they comply with the very strict GDPR of the European Union.

Available on Aliexpress
Available on Amazon. Fr
Tags Motion sensor PIR infrared detector Presence detector Automation Gateway Aqara EU Mijia Xiaomi Xiaomi Mijia
Alexien Modo April 18th
Alexien Modo
More
Fascinated by Alexa since the day I received it in beta test, I gradually became passionate about the subject, before deciding to go further by creating a site with Jean-Christophe. An activity that allows me to quench my thirst for new technologies and share my discoveries about the nicest of communities: Les Alexiens.