While the e-commerce giant offers a range Amazon Echo rich and varied with new innovative models every year, new products are becoming rarer at Google, with Nest Hub connected screens counting in all and for all in number two. After a NestHub 2 succeeded last year, new Nest Hub 3 would be in preparation on the side of Mountain View with a particularity able to crack more than one user: a detachable touch pad.

Google is working on a Nest Hub 3 with detachable tablet

At the moment of the last Amazon Echo show 15 the new NestHub 3 may well specifically target the user wishing to control your connected home from a touch screen.

As revealed 9to5Google which evokes "a source who has proven familiar with Google's plans", third generation of the Google Nest Hub should indeed come in the form of a 2-in-1 device, halfway between the smart and the touch pad, since it would consist of a base enclosure on which a removable screen would rest.

The idea is not really new, equivalent concepts already existing at Amazon with its Fire HD10 tablets with dock or at Lenovo with its Smart Tab M10 and P10 offering the Show mode ofAlexa, but a more successful design would not be refused.

Will Google show originality from a design point of view? Nothing is less certain, the web giant not being really daring in the matter and always offering very consensual products. According to our American colleagues, however, the screen would have a mainly nomadic vocation, its enclosure being only intended to serve as a base in case of inactivity… And, we suppose, to recharge it.

Although the idea of ​​simply offering a detachable screen seems completely logical to us in view of market trends, we remain here on pure conjecture, no image having yet filtered…

It remains to be seen which operating system will ship this new Nest Hub 3. Indeed, if Google does indeed offer a nomadic touch pad, the easiest way would probably be to offer Android. We think in particular of Android 12L, latest version designed for tablets and smartfoldable phones, which could also respond to a request frequently expressed by users to be able to benefit from the Play Store and its many applications.

TO READ :
Google Fuchsia is coming to Nest Hub!

Google could nevertheless prefer it Fuschia Bone, a system deployed almost a year ago on the 1st generation Nest Hub and which seems to be particularly aimed at this type of device, or more likely to stick to Chrome OS as on the current Nest Hub 2. Indeed, the Mountain View company has made a number of changes to it over the past year which suggest that it is not ready to abandon it. These two systems also make it possible to embark less powerful and therefore less expensive hardware. An important point if the web giant intends to stay in a range of affordable products.

In short, difficult for the moment to know more, but there is no doubt that the NestHub 3 will likely be popular with users of Google Home if it brings the possibility of controlling its home automation from a tablet. The next Google I/O conference scheduled for next May should provide us with some answers… 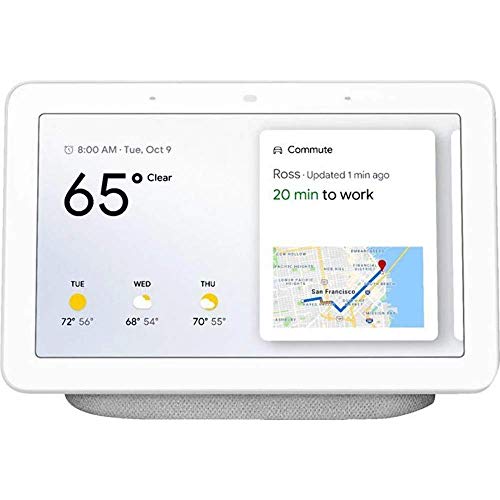 Tags Google Home Google Nest Google Nest Hub NestHub 3
Alexien Modo March 30, 2022
Alexien Modo
More
Fascinated by Alexa since the day I received it in beta test, I gradually became passionate about the subject, before deciding to go further by creating a site with Jean-Christophe. An activity that allows me to quench my thirst for new technologies and share my discoveries about the nicest of communities: Les Alexiens.